Johnny Cash was and still is an American Treasure. Your music will live on long after we are all gone. Happy Birthday.
Posted by Teachers for Education at 4:18 PM No comments:

The new album by Otis Gibbs "Joe Hill's Ashes" is coming out in May but you can get it right now as a high quality download for a measley $9.99 which is a steal. This is another great one. I love this guy.

Posted by Teachers for Education at 4:50 PM No comments:

Only
in America......do drugstores make the sick walk all the way to the back of the store to get their
prescriptions while healthy people can buy cigarettes at the front.

Only
in America.....do people order double cheeseburgers, large fries, and a diet coke.

Only
in America.....do banks leave vault doors open and then chain the pens to the counters.

Only
in America .....do we leave cars worth thousands of dollars in the driveway and put our useless junk in the garage.

Only
in America.....do they have drive-up ATM machines with Braille lettering.

EVER WONDER ....
Why the sun lightens our hair, but darkens our skin?

Why can't women put on mascara with their mouth closed?

Why don't you ever see the headline 'Psychic Wins Lottery'?

Why is 'abbreviated' such a long word?

Why is it that doctors call what they do 'practice'?

Why is lemon juice made with artificial flavor, and dishwashing liquid made with real lemons?

Why is the man who invests all your money called a broker?

Why is the time of day with the slowest traffic called rush hour?

Why isn't there mouse-flavored cat food?

Why do they sterilize the needle for lethal injections?

You know that indestructible black box that is used on airplanes?

Why don't they make the whole plane out of that stuff?!

Why don't sheep shrink when it rains?

Why are they called apartments when they are all stuck together?

If flying is so safe, why do they call the airport the terminal?
Posted by Teachers for Education at 11:27 AM No comments:

Email ThisBlogThis!Share to TwitterShare to FacebookShare to Pinterest
Labels: Humor 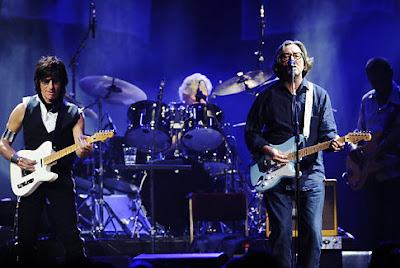 It was a really good night at the Garden, really good. In fact at points it was great. I just wonder about how well these two guitar legends actually mesh when the play. More on that later though.

Jeff Beck hit the stage promptly at 8:00 so if you are going tonight get there on time. Jeff Beck is a monster player. His innovation and skills are beyond question. I "knew" a few cuts right away (Led Boots, Big Block, and of course the Beatles A Day In the Life) but others were unknown to me. That doesn't stop or limit the enjoyment. It was 45' of simply amazing playing. In particular Nessun Dormar with the mini orchestra was a stunning example of just how great a guitarist he is.

Eric Clapton came on at 9:15 and opened with a string of acoustic numbers. Driftin', Nobody Knows You, Runnin' On Faith (fabulous) and Rock & Roll Heart. Some in the crowd were a bit restless, but I like this side of EC. I've seen him do the hits shows before so a little change up is a good thing. Tell the Truth kicked off the electric portion of the set that saw a killer Little Queen of Spades lead into a crowd favorite ending (Cocaine). Nice tight hour of music.

Jeff joined Eric and his band right away and off into the "together" part of the show. Now you need to understand that this was not exactly a hits section but the playing was amazing and I quite enjoyed the song choices with the possible exception of Shake Your Money Maker. Moon River was absolutely gorgeous. Beck played the killer melody and Clapton sang his heart out on this standard. I am getting older and these standards more and more appeal to me. I think I am just catching up to what I have been missing.

During the blues numbers it becomes clear how different they are as guitarists. Clapton's bread and butter has and always will be the blues. Not so for Jeff Beck. When he plays the blues it seems to me that his great talent is not utilized to the fullest. It's not that he wasn't great, he was, I just prefer Clapton more when it comes the blues.

It was a good night and my son really enjoyed it. It does highlight for me the difference between the two. As good as Beck is I rarely pop on one of his albums. Blow by Blow once in a while, Truth and Beck-Ola more often...but then again those two are more "traditional" band albums. No knock on Jeff Beck and I love seeing him live, but at home it's gonna be Clapton alone more often than Beck alone. 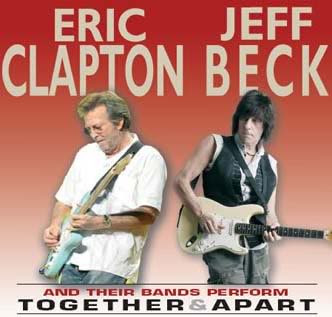 My son and I will be at the Garden on Thursday. We are both really looking forward to this one. He has never seen either (except Clapton with the Allman Brothers last March) and is really excited. Here is the setlist from last night. 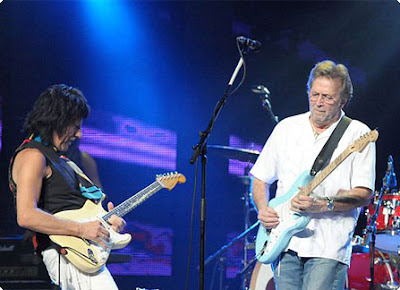 Posted by Teachers for Education at 12:20 PM No comments:

Can you believe it? Two snow days!!! I have been listening to a lot the past few days and I keep wanting to come back to two albums. Two releases from 2009 that have recently piqued my curiosity are Cosmic Egg by Wolfmother & And You Were a Crow by The Parlor Mob. On first listen they appear quite similar and they are to a certain extent, but each provides the listener with both some new RAWK and an updated version of the sound we all love. 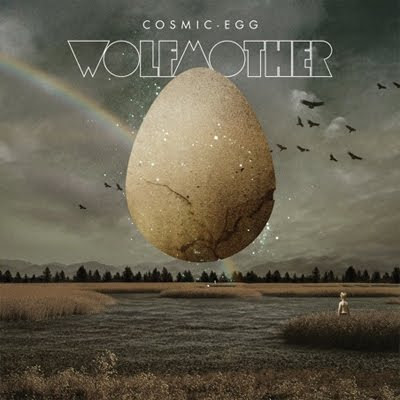 The new Wolfmother was recommended to my by my son, YoungRockr. I didn't much care for the first Wolfmother. It was just "OK". Cosmic Egg is another story. This is much tighter and focused and has a bit more of a doomy Sabbath vibe to it. Do yourself a favor and grab the vinyl, the sonic upgrade is worth it and you get a free mp3 download of the full album anyhow. 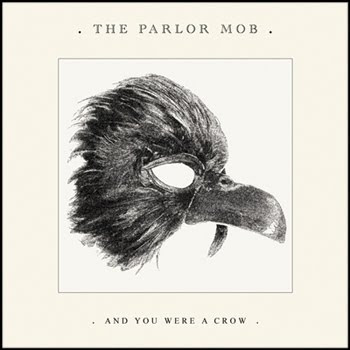 The Parlor Mob starts out with a huge blast of Zep influenced high energy Rock & Roll! Hard Times & Dead Wrong let you know exactly where this band is coming from. Flip over to side 2 and the lead off track The Kids really gets you thinking that this band may be the real deal. This is just track after track of great rock music. When I Was An Orphan is another standout.
Posted by Teachers for Education at 1:22 PM No comments:

OldRockr is rockin' this Sunday! Check out some great bands that you may or may not have heard of. All have that great 70's feel that I love.


Posted by Teachers for Education at 2:07 PM No comments:

Chris Knight is one of America's great singer songwriters. Check this one out from Pretty Good Guy. I'm gonna keep pumping him up. Go buy a record for goodness sake.

Posted by Teachers for Education at 5:18 PM No comments: